Brasov is another one of seven citadels cities. It is my second favourite city in Romania! It is a perfect base for couple days stay as it is close to many turist attractions in the city as well as little outside of it.

What to see in the city:

Brasov like most of the old cities from that time was surrounded by defensive walls. Nowadays most of the walls were demolished but there are still some of them standing. There are couple places worth visiting:

Black Church is the largest gothic church in Romania. Due to the walls blackened by the great fire in 1689 the church became to be known as the Black Church. It has a six-ton bell, the biggest in Romania. When inside make sure to listen to the concert featuring impressive 4000-pipe organ dating from 1839. Check out the unique collection of Anatolian carpets that is the largest of its kind in Europe.

It is really nice main square. In the middle of the square there is the Old City Hall, dating from 1420, that is now Brasov’s History Museum. There are a lot of restaurants around, the Romanian Orthodox Cathedral, Muresan’s House, the Hirscher House, the Strada Sforii and more. So go and expolre the souraundings.

This street is said to be narrowest street in Europe with its width varyingbetween 111 and 135 centimetres. 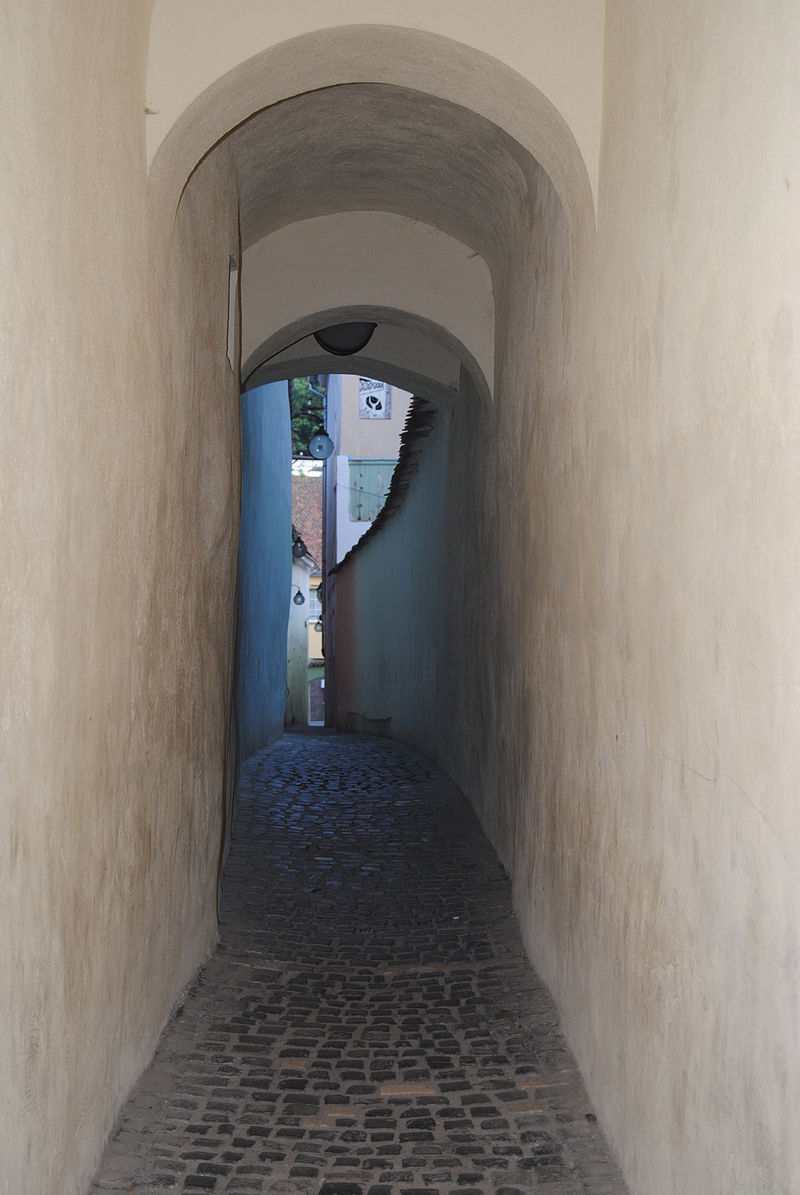 Walk around the city

The streets are really nice and cozy, so take a walk around the city.

It is this mountain with a big “Brasov” letters on top of the hill –  little Romanian Hollywood 🙂 It is also happen to be the best spot for the panorama of the city!! You can get on top either by using cable car (Telecabina – 16lei) or just walking up the hill. I heard it takes around an hour, but I chose the lazy solusion 🙂 After getting to the top , walk only for a while and you will be able to arrive to the place with big letters.

Tampa Mountain
As I mentioned before, Brasov is really nice city and eventhough it rained like hell (5 minutes of rain and streets were rivers) our stay there was just great 🙂